PCUH Faculty Associates Professors Natalia Khanenko-Friesen and Bohdan Kordan were invited to participate in a Holodomor symposium, which took place at the University of Victoria, November 15, 2013. The subject matter of the symposium was “Teaching the Holodomor.”  Professors Khanenko-Friesen and Kordan spoke about alternative disciplinary perspectives on the Holodomor as part of a larger discussion regarding the Holodomor as a subject of study and teaching at the post-secondary and secondary school levels.

The symposium is an initiative of the Ukrainian Studies Society of Vancouver Island and the Department of Germanic and Slavic Studies at the University of Victoria and coincides with local events as well as other efforts nation-wide to commemorate the 80th anniversary of the Ukrainian Famine-Genocide of 1932-33 – the Holodmor. 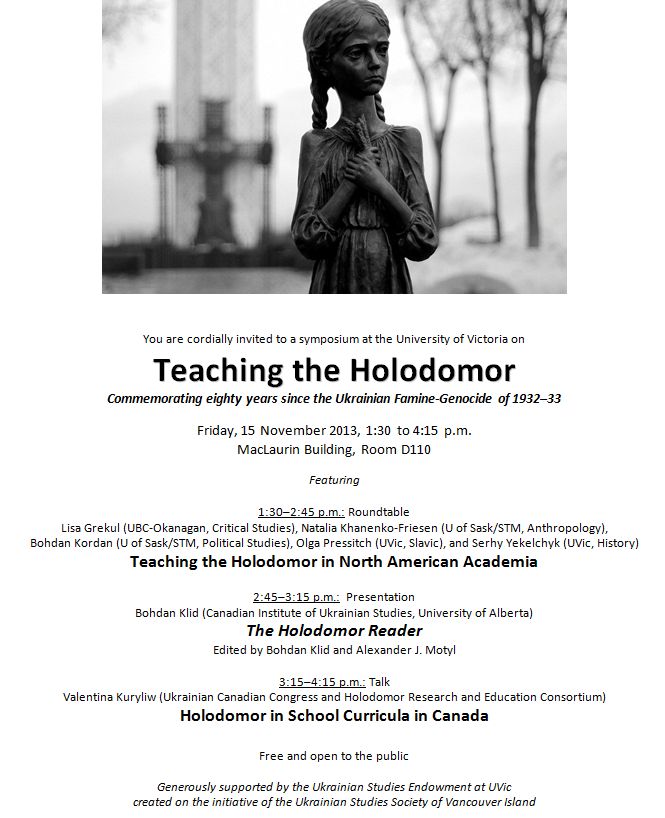