In the wake of the Great War, from the detritus of imperial collapse there emerged a new political order of nation-states. Amongst the newly established entities there appeared an independent, sovereign Ukraine. From the outset, Ukraine was the object of invasion and its survival was in doubt. Nevertheless, in the search for legitimacy, extraordinary efforts were made to affirm the state’s sovereign, national character. This was to be accomplished by consciously connecting with Ukraine’s historical past both to invoke precedence and encourage a narrative of political continuity. The symbols introduced in the currency of Ukraine during this revolutionary period were examples of this process. The exhibit “Money, Sovereignty and Power: The Paper Currency of Revolutionary Ukraine” documents this process, describing the use of symbols in the currency produced by various successive governments during the period of the Ukrainian Revolution. 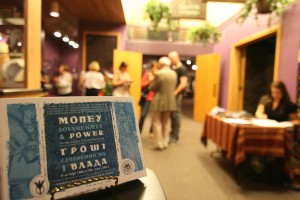 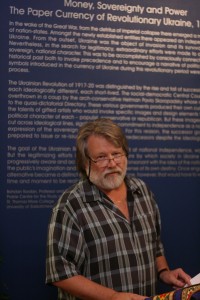