We are excited to announce the upcoming fundraiser in our Ukrainian Artists Invitational Series. On June 14, PCUH will host a solo piano recital by Mr. Yegor Shevtsov, a talented musician and established performer based in New York City.

Yegor Shevtsov brings to every performance sensitivity, superior technique and elegance. His recent engagements, including various performances in China, Japan, Europe and the United States, highlighted the music by Beethoven, Mozart, Britten and Ligeti. His solo recital programs have profiled, to much critical acclaim, music spanning several centuries – from Rameau to the many composers of Yegor’s generation. 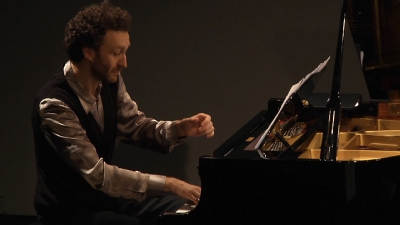 In the 2011-2012 season, he performed as a concerto soloist in Japan and Spain, and appeared in solo and chamber concerts in the United States, Finland and Canada. Yegor plays regularly with the Mark Morris Dance Group, and has toured with them across the United States, France, Israel and China. This season he toured the U.S. with award-winning baritone, Mischa Bouvier. The New York Times has lauded the “Mozartean elegance” that Yegor brought to his performance of Mozart’s Piano Concerto No. 9, while the Miami Herald singled out his “superb musicianship and evocative piano playing.”

Yegor was born in L’viv, Ukraine, where he began to play piano at an early age. Prior to his coming to the United States, Yegor was a George Soros scholar in economics and a champion ballroom dancer. In his  Saskatchewan appearances, Yegor will perform the works by Ukrainian and European composers.

Please come and enjoy a rare opportunity to listen to the best of Ukrainian and European classical music, and support our Centre’s efforts to build strong financial base for student programming in Ukrainian studies at the U of S!

While in Saskatchewan, Mr. Shevtsov will perform an additional recital in Regina, co-organized and hosted by the Westminster United Church.