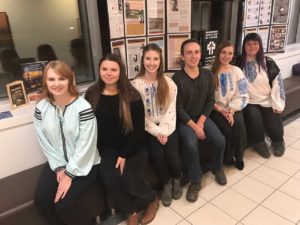 As part of Holodomor Awareness Week at the University of Saskatchewan, the University of Saskatchewan Ukrainian Students’ Association (USUSA) in association with PCUH cohosted the showing of the feature film “Bitter Harvest” on campus, November 21. All UofS students and members of the community were invited to the event. An information display created as part of a national campaign “The Holodomor Education Project” was also showcased so that patrons might learn more about the artificially induced famine that claimed the lives of millions in Soviet Ukraine during 1932-33.