The Saskatchewan Railway Museum, located 5 kilometers west of Saskatoon, is the original site of a WWI internment camp. The camp, in existence February-March 1919, was part of Canada’s first national internment operations and the only one of its kind in Saskatchewan. The PCUH Director, Dr. Bohdan Kordan, who has written a short history of the camp and was instrumental in creating a memorial at the site, was asked to participate in a feature length documentary and webseries titled “The Camps” produced by Armistice Films of Toronto. The goal of the film project is to survey all of 24 WWI internment camps in Canada, providing a narrative of this relatively unknown page in Canadian history. Filming took place November 4, 2015 at the site under the direction of Mr. Ryan Boyko of Armistice Films. 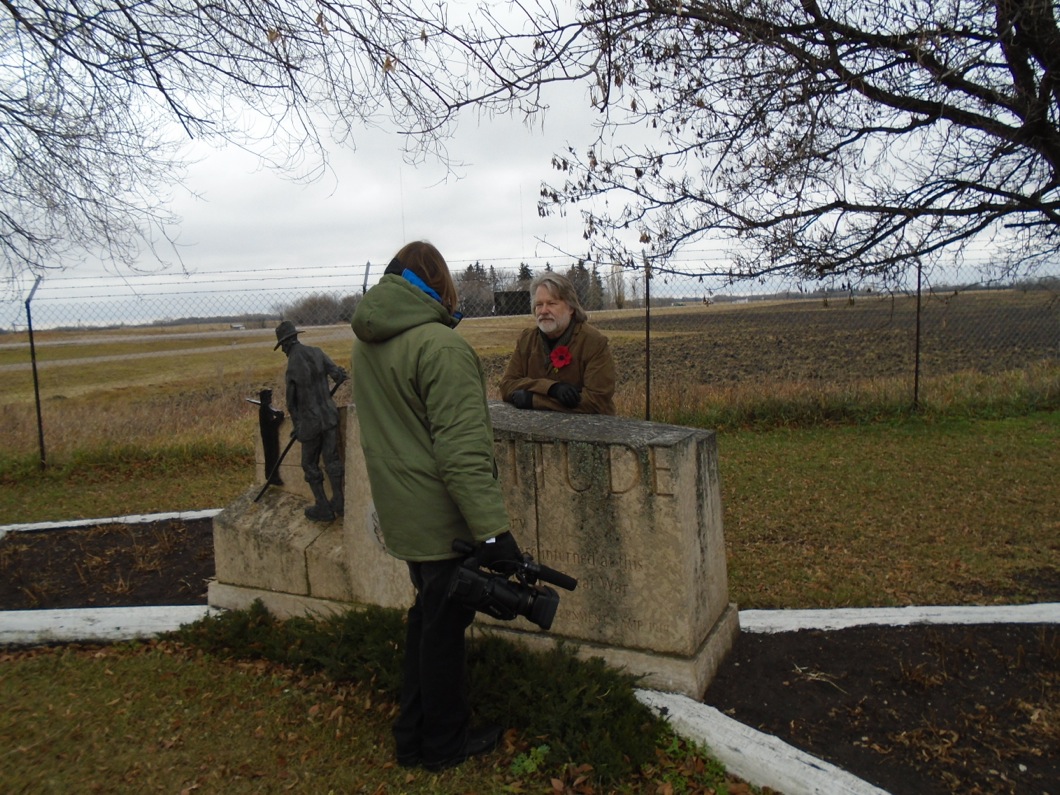