In November 2007, a new large-scale oral history project started in Ukraine, under the auspices of Prairie Centre for the Ukrainian Heritage and with the financial support from St. Thomas More College (University of Saskatchewan).

In 1992-95, American anthropologist William Noll, together with ten of his Ukrainian co-researchers conducted research on social change in Ukraine’s civil society which resulted from collectivization of Ukrainian agricultural communities in the 1930s by the USSR government. An analysis of this transition as well as selected interviews were published in Transformation of Civil Society: Oral History of Ukrainian Peasant Culture of the 1920-30s (Kyiv: Rodovid, 1999).The policy of collectivization, concluded Noll, not only ruined the lives and livelihood of individual farmers, but also the civil society which developed in Ukraine prior to its incorporation into the USSR. Research findings, summarized in the above volume, present the reader with the unique, grassroots, perspective on life and work in the socialist collective (exemplified here by the collective farm) during and after agricultural collectivization. In my review of this book (Shostak 2001), I indicated that this publication is a pioneering scholarship not only because of its contributions to the field of oral historical research in Ukraine (it was the first book of this kind and scope to be published in Ukraine), but because of its popularization of a non-elitist, local, perspectives on Ukraine’s soviet past.

With the end of the Soviet Union in 1991 and subsequent large scale transformations of the agricultural sector of Ukraine, the 1990s became another trial times for the Ukrainian villagers. Throughout the 1990s, the Ukrainian state oversaw rapid and dramatic de-collectivization of soviet agricultural enterprises upon which the USSR relied in its centrally planned economic production. Western neo-liberal economists and political analysts of the 1990s saw de-collectivization as an important step towards liberalization of formerly soviet agricultural economy. Yet, from the local perspective, many former collective farmers often understood de-collectivization as the end of once stable and even happy era of their lives. Given the incompleteness of re-organizational efforts undertaken by the Ukrainian government to restructure the country’s agricultural sector, the formerly established livelihood of rural population has been destroyed without much systematic provisioning for further systemic reorganization of the Ukrainian agriculture. In addition, little government assistance was available to the former members of collective farms in their search for future employment. As a result, the large numbers of Ukrainians, the rural population, once the main agent in the agricultural sector of Soviet economy, has lost its voice, power, and representation.

The Goals of the Project

Oral History of Decollectivization in Ukraine in the 1990s: Rural Perspectives and Experiences will address post-socialist transformations of rural society in Ukraine which came about with the collapse of collective farming in this former USSR republic. The project aims to document and analyze the former collective farm workers’ experiences and perspectives on their lives both under the soviet system and after its collapse in 1991. By utilizing the method of oral historical research, the project will focus on villagers’ perspectives and experiences of recent transformations and in this way, it will continue on with the research philosophy developed by Noll and his team with respect to historic analysis of social transformations in rural Ukraine.

On one level, the project aims to explore recent social transformations of rural society in Ukraine due to de-collectivization of the 1990s. With the collapse of the established soviet infrastructure and social institutes which developed under the socialist rule — systems of social (class) and cultural (ethnic) hierarchies, systems of family and kinship relations, systems of inheritance and land tenure, to name just a few — what new social practices are being developed and what changes are taking place in the realm of post-socialist social relations? How has the widespread disempowerment of the rural population of the last fifteen years been affecting the social institutes of once established socialist society? 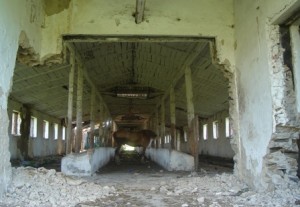 On the other level, the project aims at identifying villagers’ perspectives on and the experiences of transformations taking place in the social sphere in Ukraine’s countryside. An important direction of data analysis in future examination of the gathered field material will be narrative analysis of personal autobiographies. Therefore, the primary method used in this project for collecting peoples’ interpretations of their past is autobiographic interviewing (life story interviewing) combined with the follow up questionnaire-based interviewing. How are personal recollections of one’s life organized into a narrative? What aspects of the past, recent and not so recent, make up the memory of former collective farmers? How do villagers formulate their own autobiographies and what they choose to include and exclude from their personal life stories? What can be learned about social and collective memory from villagers’ autobiographies? These and other questions will be addressed in the second phase of the project when data procession will be completed. 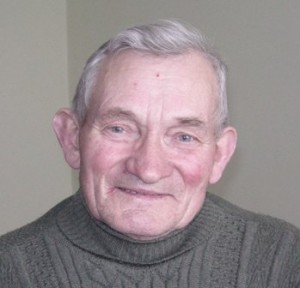 Two methodological seminars were conducted in Kyiv, Ukraine, at the Institute of History of Ukraine, Ukrainian National Academy of Sciences. The first was held n December 26, 2007, and the second seminar on March 1, 2008. Both were attended by all project participants (17 researchers). Ten student researchers, all representing various universities of Ukraine and all experienced in the oral historical method, were invited to conduct interviewing for the project. The student researchers have undergone further training with the project coordinator (Khanenko-Friesen) during the two training seminars.

The second phase of the project (2008-2009) will involve data processing and analysis as well as preparation of project materials for publication. Project seminar is also planned for the spring of 2009.