The Prairie Centre for the Study of Ukrainian Heritage has had a long history of involvement in commemorating and publicizing the experience of incarceration of enemy aliens as prisoners of war at the site of Saskatchewan’s only place of WWI internment — Eaton. A proposal to enhance the site — now home to the Saskatchewan Railway Museum — with a permanent interpretive exhibit on Canada’s First National Internment Operations has coalesced with several community partners. The exhibit will complement an existing on-site memorial, installed by the PCUH in 2005.

The exhibit’s content will commemorate those unjustly affected by Canada’s First National Internment Operations of 1914–1920 and will serve as a knowledge gateway for the people of Saskatchewan to learn more about the enemy alien experience, and to reflect more broadly upon the importance of civil and human rights in Canada.

This project’s partners — the Ukrainian Canadian Congress of Saskatchewan, the Prairie Centre for the Study of Ukrainian Heritage, the Saskatchewan Railroad Historical Association, and the Saskatchewan German Council — have all agreed to work together to guide the exhibit vision and content. An exhibit opening date is anticipated for late2019, marking the centenary year of the Eaton Internment Camp itself. 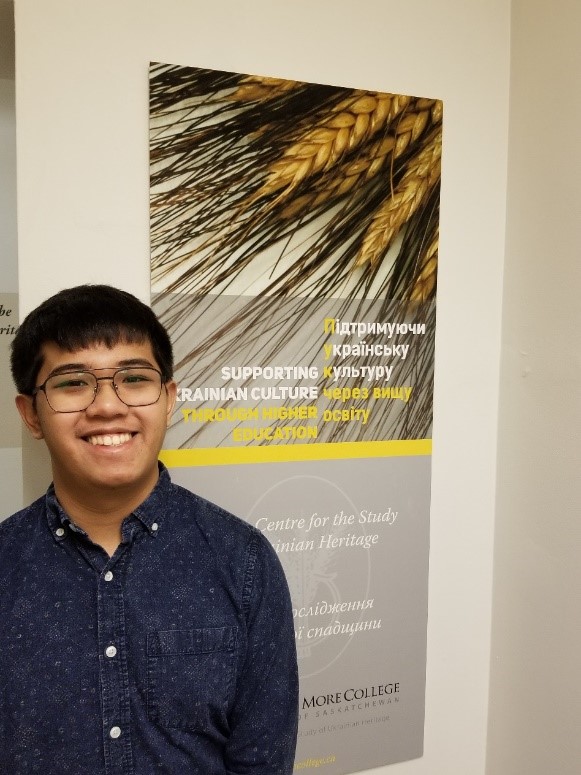 Mr. Adrian Aquino was presented with this year’s PCUH Essay Prize in Ukrainian Studies. The prize was awarded for his essay titled “Taming the Bear: Assessing the Geopolitics of the Russian Intervention in Ukraine” submitted for the course POLS 373 Understanding the Conflict in Ukraine. The paper analyzes the origins of present-day Russian aggression in Ukraine, taking note of the Soviet legacy on contemporary Russian foreign policy. It also examines the strategic merits and costs associated with Russia’s opposition to international norms.

The prize is presented annually to a student who demonstrates a deep understanding of the subject matter and has presented the material effectively and clearly.