Dr. Bohdan Kordan, PCUH Director, was invited to present his paper “The Internment of Enemy Aliens In Canada During the Great War: Rights, Obligations and Diplomacy” at a symposium organized by the Ukrainian Canadian Congress – Manitoba Provincial Council. The symposium held October 24, 2015 at the Manitoba Legislature was part of a program that included the unveiling of a commemorative monument on the legislative grounds. The work of the Dutch-Canadian sculptor John Boxtel, the monument, dedicated to the memory of those unjustly interned in Canada during the First World War, was by commissioned the UCC Manitoba Council. The figure of an internee is featured prominently atop a granite pedestal with the words “Remember, learn, never forget” inscribed in fourteen different languages.

Prof. Kordan’s participation in the symposium and unveiling is part of the PCUH’s mandate, which is to work with various communities in promoting Canada’s Ukrainian heritage. 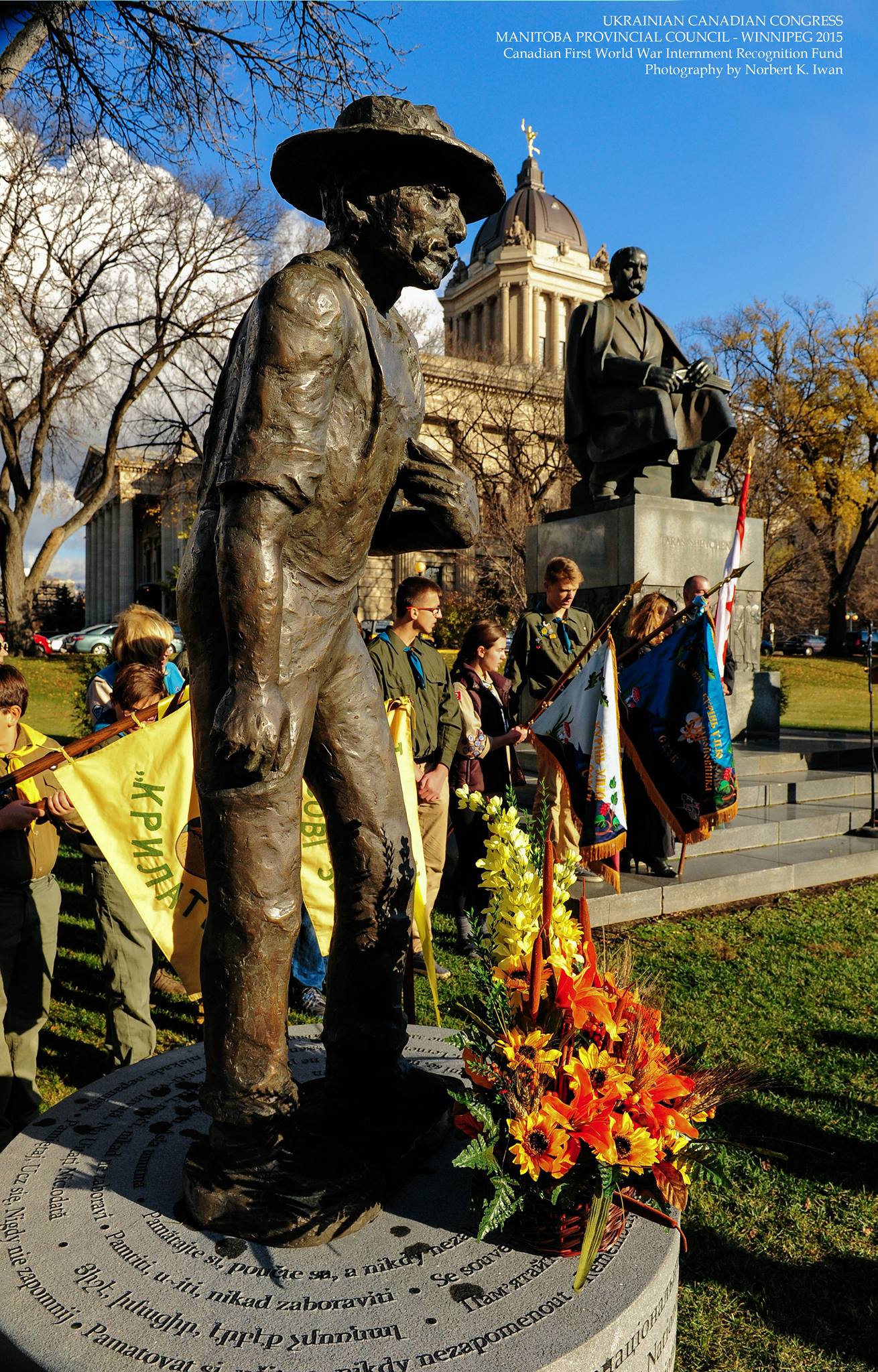